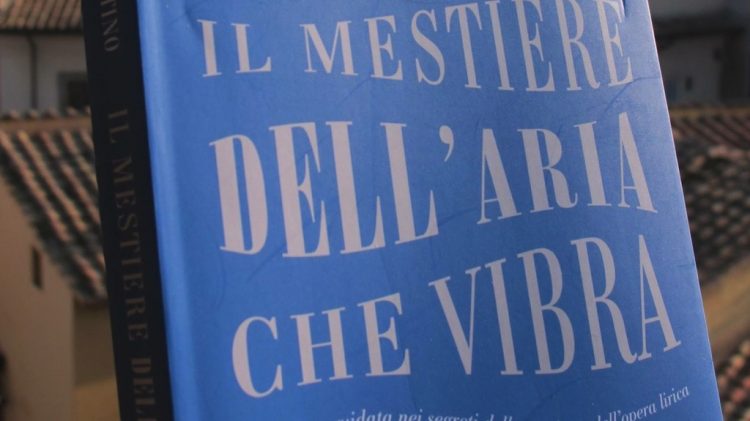 “Il mestiere dell’aria che vibra” is what Marco Tutino, one of the greatest composers of the contemporary Italian landscape, chose for his life.
In his first book he describes the passion for his work, the genesis of his opera and the secrets of the stage.

As a child, Marco Tutino uses to listen to Beethoven and Vivaldi in the arms of his dad, as a boy loves the Beatles and the Rolling Stones (not to mention Lucio Battisti), once young is undecided between becoming a folk songwriter, a Brechtian actor, a political militant or a flutist.

But the flash of inspiration comes a night in the early seventies, during which, from the Loggione of La Scala, the conspirators of “Un ballo in maschera” whisper their evil intentions, giving him the strongest of the emotions. It’s in that moment that he takes off the amateur’s clothes to choose the “profession” of his life, to make the air shake.

In “Il mestiere dell’aria che vibra”, one of the most important composers of the contemporary Italian panorama tells the passion for his work, the genesis of his opera and the secrets of the stage, the technical choices and the organizational fatigues behind a single set-up or a theatrical season, the happy encounters and the fierce clashes with power, in all its incarnations.

While his story as a musician and superintendent of uncompromising compromises intertwines with national history, the atmosphere is full of the great antique and modern operas that make up the great lyric repertoire, complete with instructions for use.

And, between the lines, the joyful and light dance of artistic creation, made of inspiration and craftsmanship, of rigor and abandonment, of small, sudden illumination emerges.