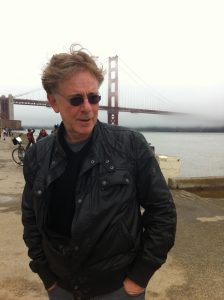 Marco Tutino was born in Milano in 1954. Since his debut in 1976 at the “Gaudeamus festival” (Holland) his compositions have been programmed in prestigious Opera Houses and Concert Venues worldwide, earning a large success of public and critics.

His activity mainly concentrates on musical theatre. From 1985 – when his first opera Pinocchio was commissioned by the I.C.O.S.S. in Vienna and the “Carlo Felice” in Genova – Tutino composed:

Tutino was the creator and promoter – together with six other composers he invited – of the Requiem per le vittime della mafia (Requiem for the Mafia victims), performed in the Cathedral of Palermo on March 27th,1993.

La Lupa is restaged at the “Szeged Opera House” (Hungary) in 1994 and in 1995, becoming the most important operatic success of its last 10 years. The recording of that opera, in 1990, receives a prize awarded by the Presidency of the Italian Rublic. In 1994 the “Teatro alla Scala” in Milano commissioned and performed a concerto for clarinet, that will be also played two years after by the “BBC Symphony Orchestra” in London.

His ballet Riccardo III (with the choreography of Gheorghe Iancu) was composed in 1995 for the “Teatro Sociale di Rovigo” and the “Teatro Comunale di Treviso” and reprogrammed the following year at the “Teatro La Fenice” in Venezia.

In the spring of 1997 the “Arena di Verona” honours Marco Tutino with two opera commissions: Il Gatto con gli stivali and Pugacev. The first was restaged during the 1999/2000 season at the “Opéra-Théâtre de Metz Métropole” thanks to an international coproduction.
In March 1998 the “Teatro Massimo” in Palermo include in his season a new staging of La Lupa, with Marjana Pentcheva performing the main role.
In 1999 the lyric ballet Dylan Dog is performed for “Futuri”, a project created by Tutino for the “Arena di Verona”.

In 2000: two new staging of the Gatto con gli stivali take place in France and Germany; the Kyrie and the Agnus Dei are commissioned by the “Sagra Musicale Umbra” for the Jubilee celebrations in Rome; the musical Peter Pan is commissioned by the “Piccolo Teatro di Milano” and the “Teatro Vittorio Emanuele” in Messina puts on stage Vite immaginarie.

In 2001 a new opera named Peter Uncino was commissioned by the “Teatro Filarmonico di Verona” with a text written by Michele Serra and Milva and Riondino between the interpreters. The show was toured around Italy for thirty performances. On the occasion of the 250th anniversary of its foundation, the “Opéra-Théâtre de Metz Métropole” produced a new staging of Cirano (march 2002). In September of the same year La Lupa had its German premiere in Erfurt.

In March 2003 a new staging of il Gatto con gli stivali is presented in Erfurt; in the 2003/2004 season the opera is performer at the “Teatro dell’Opera di Roma”. On April 28th, 2003 the Canto di Pace for tenor, choir and orchestra is broadcasted worldwide from the “Teatro delle Muse di Ancona”. The Canto di Pace (a song of peace), composed by Tutino on a text by Pope Giovanni Paolo II was sung by Plácido Domingo. Subsequent interpretations of that piece were made by Roberto Alagna (September 2003) and by Andrea Bocelli with the “Maggio Musicale Fiorentino” Orchestra and Choir (April 2006).
The Opera Vita, commissioned by the “Teatro alla Scala”, was performed in May 2003 by Anna Caterina Antonacci and Michele Pertusi.

The success of La Lupa is confirmed by two other new staging: in April 2006 at the “Teatro Sociale di Rovigo” (together with the Dylan Dog ballet), and in 2008 at the “Teatro Comunale di Bologna” with Roberto Alagna in the main role. Federico II is premiered in Italy in 2004 at the “Teatro lirico” in Jesi, earning a large success of public and critics.

In 2010 the Servant is performed in Pilsen (Czeck Republic) and in Szeged (Hungary). Tutino’s music is by this time part of the great operatic repertoire. In 2011, year of the 150th Italian Unification Anniversary, the “Teatro Massimo” in Palermo opens its season with a new opera by Tutino, Senso, with a large success of public and critics.

The “San Francisco Opera” asked Tutino to write a new opera (inspired to Alberto Moravia’s “la Ciociara”) for its 2014/2015 season. After Puccini, this is the first time that an United States theatre commissions a new work to an Italian composer.In 2015 the theater of Maggio Musicale Fiorentino will perform the new Tutino’s chamber Opera “le Braci” from the novel of with the direction of Leo Muscato. Marco Tutino has been requested to compose his first symphony for the 2015 Expo in Milan, that will be performed by the Verdi symphony orchestra. Sandor Marai,Recently, Maestro Tutino received two committees: Miseria e Nobiltà, that will be performed in February 2018 by the Genova Opera Theater, and Falscher Verrat, that will be presented in November 2018 at the Kiel Opera House.

Marco Tutino published his first book in 2017, at the same time a biography and a guided tour into the secrets of Opera: “ Il Mestiere dell’Aria che Vibra”.

The European première of La Ciociara is going to go on scene at the Teatro Lirico di Cagliari, November 2017.

From 1990 Marco Tutino holds important positions as a Musical Manager for Italian Opera Houses. He’s the Artistic Consultant of the “Teatro Valli” in Reggio Emilia from 1990 to 1993, where he realizes, in coproduction with Bonn, a memorable Verdi’s Otello with Domingo and Nucci.From 1990 to 1994 he’s the Artistic Director of the “Pomeriggi Musicali” in Milano (cultural institution in charge of symphonic and lyric production for the Lombardia region).

From 1998 to 2002 he’s appointed Artistic Consultant and Composer-in- residence at the “Arena di Verona”, where he creates the project FUTURI, a festival dedicated to the musical theatre for the new generations. In 2002 he’s appointed Artistic Director of the “Teatro Regio” in Torino, that he leads to its artistic pinnacle: the “Teatro Regio” becomes the Italian Theatre with the highest number of subscribers and it acquires an International prestige. In October 2006 he’s appointed General Manager and Artistic Director of the “Teatro Comunale di Bologna”, where he starts a challenging action aimed to settle its debts, reducing its economic deficit.

Marco Tutino is the founder of the “Scuola dell’Opera Italiana” (2008), an Opera Studio devoted to transmit and enhance the Italian style and tradition with the objective of training highly qualified artistic and technical professionals.

From 2009 to 2011 Tutino has been the President of the “Anfols”, the chamber of Italian Opera Foundations. During his mandate he starts the renovation of a new collective agreement for the Italian Lyric Foundations employees.