After the huge success of the first performance at the San Francisco Opera House, La Ciociara returns to the Cagliari Lyrical Theater in its first European performance.

The first ever performance of the new opera by Marco Tutino for the first time working on the funny genre. Liberally handled by the famous comedy of Edward Scarpetta, but set in Naples in the post-war period and precisely during the days of the Monarchy / Republic referendum. Played by cast that alternates young promises like Valentina Mastrangelo, Martina Belli and Francesca Sartorato to illustrious glories of the Italian funny opera such as Alfonso Antoniozzi, Andrea Concetti and Nicola Pamio. Commission of the Teatro Carlo Felice in Genoa. 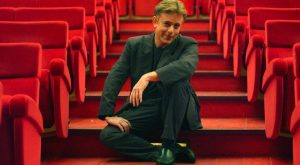 A new commission from northern Germany: the Kiel Theater asks Marco Tutino to write a work to commemorate the hundred years since the ammunition of the German fleet sailors which in November 1918 sanctioned the end of the First World War.
A national event, an important anniversary to be celebrated, for the first opera in the German language of Marco Tutino, also in this case assisted by the librettists Luca Rossi and Fabio Ceresa.